Two of the Japanese traditionally conservative weekly magazines, which were known for their equally hateful headlines against Korea and China in recent years, apparently came out with quite different stances on nuclear issues.

This year marks the 5th anniversary of 3/11 Tohoku earthquake and Fukushima Daiichi nuclear disaster. Not a few TV programs and newspapers reported that many survivors of Fukushima are still forced to live away from their hometowns, almost reaching a point of no return, and yet tried to assure them that we still care for them.

Just about a month later, on the night of April 14, the magnitude-6.5 earthquake knocked down houses in Kumamoto Prefecture. And the even greater magnitude-7.3 quake of April 16 damaged newer buildings as well, cut off highways and collapsed bridges in wider areas of Kyushu, which is the third largest southern island of the Japanese Archipelago.

One of the weekly magazines, the Shukan Shincho, published in the following week criticized some members of the opposition parties who suggested that the operation of the Sendai Nuclear Power Plant (川内原発) be immediately discontinued. The Plant, located about 100km south-west of the hardest hit area, has been in operation since last summer as the first and the only nuclear power that was restarted after Fukushima disaster.

The other magazine the Shukan Bunshun, in contrast, questioned about the safety of all three nuclear power plants, including the one in Sendai, located within a radius of 150km. Its 10 page feature article referred to various words of warnings expressed by seismologists and volcanologists. 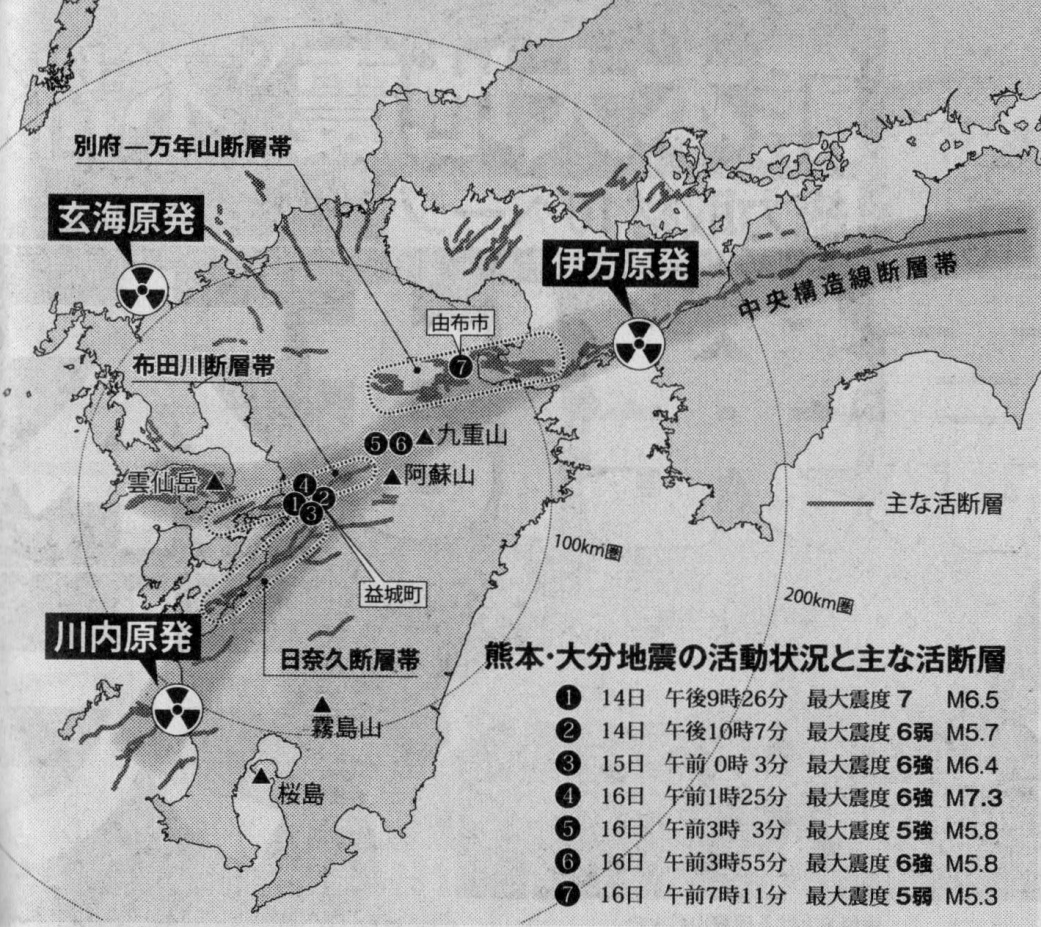 Prime Minister Abe and Environment Minister Marukawa, who is in charge of nuclear power and disaster prevention, insisted that there should be no need to cease the operation. Their claim is based on the decision of Japan’s Nuclear Regulation Authority. But the Bunshun pointed out that no volcanologist is included in the commissioners of NRA and its regulation does not take into account the potential threat of active volcanos and faults.

According to a weekly magazine review of the Tokyo Shimbun, the difference in tone of argument between the two conservative magazines is attributable to the difference of their readers profile; the majority readers of the pronuclear Shincho are older male, while as many as half of the readers of the anti-nuclear Bunshun are female. But a gender factor does not explain the gap between pro/anti-nuclear forces, nor the balance is even.

Of the two campaigns on the internet, the petition to cease operations at Sendai Nuclear Power Plant is attracting far greater number of supporters (123,359 as of 9:05 April 28, 2016 JT, and this number is increasing much faster) than the other petition not to shut down Sendai Nuclear Power Plant (7,605 as of 9:05 April 28, 2016 JT). Those who agree to the latter are concerned about the serious impact of the power shortage and claim that nuclear plants are more reliable than other types of plants in case of earthquakes and landslides. But the ongoing campaigns show that an overwhelming majority of the Japanese citizens already learned a good lesson from Fukushima to move away from the safety myth and pseudo-realism made up by nuke promoters. 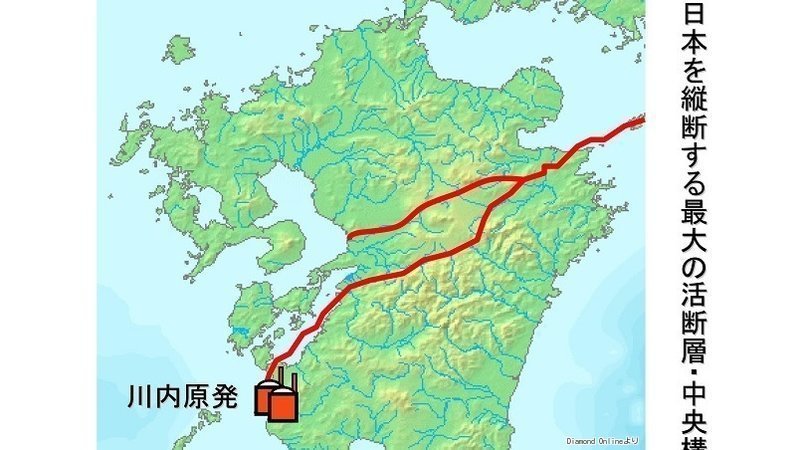