Lamentable Level of Women's Issues Awareness in Japan: (3) and (4)

(1) Can the Prime Minister speak for his wife, who is involved in the Moritomo scandal?
(2) Can the Finance Minister decide that his vice minister's sexual harassment is not serious enough to be punished?
(3) Is the sumo-ring so sacred traditionally that it should be cleansed of women?
(4) Can't marriage be based only on the mutual consent of both sexes in the case of Princess Mako?

(3)
Sumo is a Japanese one-on-one fighting sport, usually known as the traditional national sport. But recently there has been more talks heard about various fights outside the sumo ring rather than matches in the ring. In the latest case of violence, the Sumo Association of Japan has been criticized for its conservative nature which made it difficult for them to introduce thoroughgoing investigations and drastic preventive measures. Therefore, whatever happens in the Association or among the wrestlers who belong to sumo stables, tends to be left unknown unless someone exposes it from the inside. As a result, Sumo still remains a mysterious zone, controlled by tradition and customary practices.
On April 4th, 2018, however, people realized how absurd it was to stick to such practices. When the Mayer of Maizuru City, Kyoto, was giving a speech to welcome the sumo tour to the city, he suddenly fell down in the ring which was set up in the gymnasium. Some people spontaneously jumped in the ring to administer first aid. But suddenly there was an announcement, saying "women, please get down from the ring."
A woman who was apparently doing cardiac massage was almost pushed away, and other women, some hesitantly and some automatically, left the ring. It turned out that a member of the Association in charge came up with this announcement because women are traditionally barred from the sumo ring. The Mayor was brought to a nearby hospital and saved from subarachnoid hemorrhage. When he got better he thanked the woman (who was never identified).
Four days later, the Sumo Association reportedly asked the organizer of the Children’s Sumo event held in Shizuoka, to prevent girls from participating in the ring. This decision was attributed not only to tradition or custom, but also to safety concerns for the young girls. 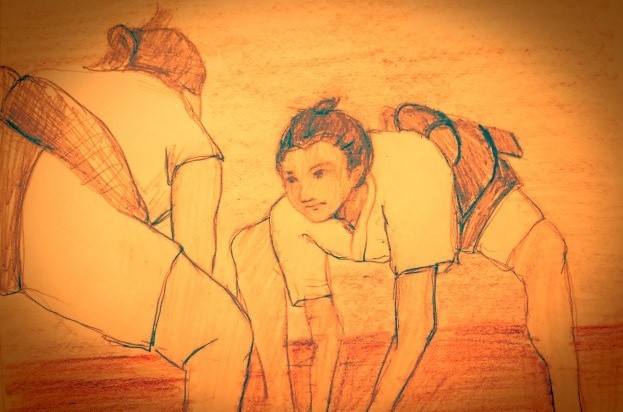 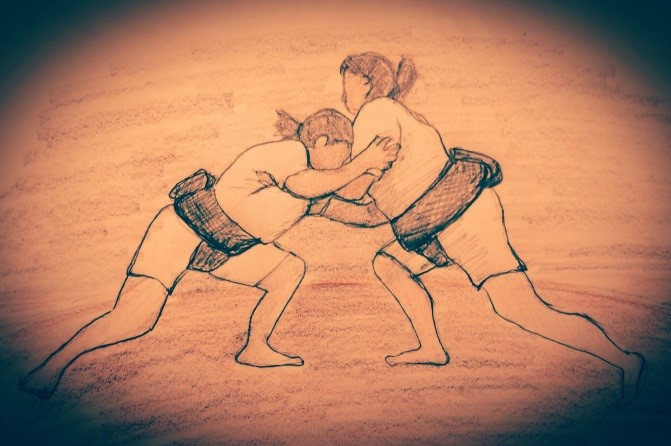 Consequently, articles and writings appeared one after another from both journalists and scholars revealing that it is not a tradition at all to ban women from the sumo ring. Even today, there are women's sumo matches in regional festivals or as general sports activities. Obviously, there must have been a good reason to invent this unreasonable tradition; that is, the establishment of gender norms and reinforcement of a patriarchal control in the process of modernizing and nationalizing Japan.

(4)
Following the announcement that the wedding of Princess Mako, Prince Akishino's first daughter, was to be postponed, there were many rumors including one concerning her fiance's financial problems. But very few referred to the right of marriage based only on the mutual consent of both sexes, as is stipulated in the article 24 of the Japanese constitution. An activist who is opposed to the imperial system wondered why Japanese media missed this point.
The Japanese imperial family members are certainly the only people who are deprived of various human rights guaranteed by the democratic constitution of Japan. However, both the current emperor Akihito and his son Naruhito fell in love with a woman from common families and found their own way to marry their love in spite of opposition. But when it comes to the Princess's marriage, even though she loses her imperial status to become a common person after marriage, she seems to be treated like either a heroine in a tragedy or just an innocent or ignorant girlee.

Now it is clear that in all of these cases, which have been referred to in this series of articles, what really matters is the awareness of human rights. If a girl is looking forward to fighting (in fact, playing) with a sumo wrestler in the ring and, all of a sudden, is told that she cannot do it because she is not a man, or if a female journalist, in the midst of her professional work, is treated as a target of sexual desire, what is violated is her human rights. Even if men say "I mean no harm," this experience of violation can do much harm to the rest of her life, damaging the source of her dignity and identity.