This year marks the 50th anniversary of "1968," which stands for student power, riots, rebels, anti-Vietnam war movements, cultural revolution, and so on. As a matter of fact, in 1968 Japan was in the midst of high economic growth. It was also the 100th year since the Meiji Restoration, which marked the end of the Edo period ruled by the Tokugawa shogunate and a restoration of the imperial rule under Emperor Meiji.

The government of Japan, then headed by Prime Minister Eisaku Sato (a great uncle of the current Premier Shinzo Abe), decided to organize an official ceremony in October 1968. The celebration was to be attended by Emperor and Empress of Showa, cabinet members, and thousands of celebrities invited from Japan and abroad. This big event was obviously intended to praise Japan's great success after the Meiji era in building a modern nation, growing out of a feudal regime and overcoming unprecedented domestic and diplomatic turbulence.

Question about Nationalistic Celebration Leading to Discovery of Grass-roots History

On the other hand, the government’s intention provoked criticism from various quarters: Daikichi Irokawa, a historian and professor at Tokyo Keizai University, questioned the nationalistic euphoria because three fourths of modern history of Japan were composed of recurring wars and ever increasing expansionism. He and his students had a discussion and agreed to review national history from an alternative perspective by researching into specific regional histories.

Irokawa proposed an archival investigation project and contacted the owner of an old earthen storehouse owned by the Fukazawa family in Itsukaichi, a small town in the western suburbs of Tokyo. The Fukazawas were some of the wealthiest farmers in the region whose lineage could trace back to the Edo period, which is known for its hierarchical class system with samurai positioned at the top.

After Irokawa's patient negotiations and also thanks to the generosity of the property's new owner, the long abandoned and almost ruined storehouse was finally unlocked. From among collections of farming tools, household goods, books and articles stored in the warehouse, one student, named Katsuhiro Arai, happened to pick up a hand-written document wrapped in a kerchief: the document entitled "Constitution of Imperial Japan" later turned out to be a unique private draft of a constitution which was drawn up well in advance of the promulgation of the Meiji Constitution, that is the Constitution of the Great Empire of Japan enforced in 1890 or the 23nd year of Meiji.

This is the beginning of a story about how the draft constitution, often referred to as the Itsukaichi Kempo, was discovered and rediscovered. This essay attempts to further examine how its history should be remembered under present circumstances in the second part. 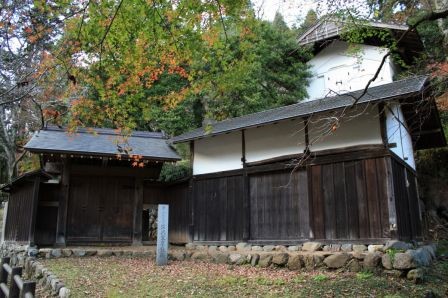 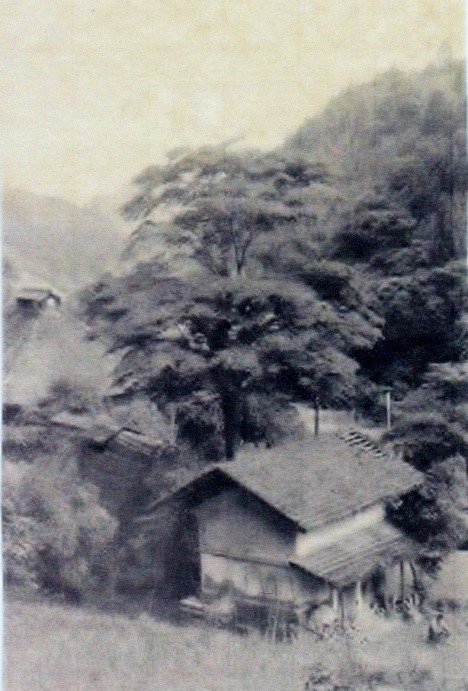 Historic relics of the Fukazawa's gate (left) and the old photo of the storehouse (right): (from a leaflet for tourists produced by Akiruno City, Tokyo)
http://www.city.akiruno.tokyo.jp/cmsfiles/contents/0000006/6215/kenpo_all.pdf

Regional and Nationwide Movements in 1880s Calling for Democracy and Constitution

According to articles and books written by Arai after he became a historian as well as those by his mentor Irokawa, the draft was prepared in 1881 by a local school master named Takusaburo Chiba. It was the outcome of his pursuit of Oriental and Western studies and a reflection of the spirits of regional individuals as well as the level of local autonomy in the new era. A large collection of imported books and classical writings discovered in the Fukazawa's storehouse suggested that they were mainly procured by Fukazawa Gompachi and shared by the local intellectuals, including Chiba and his students, and the emerging classes of merchants and farmers. Apparently they formed a reading and debating community based in traditional private schools or temples.

Since an imperial edict to establish a republican system was proclaimed in 1875, political parties and associations were formed and the Freedom and the People’s Rights Movement was prevailing nationwide in the 1880s. Some researchers found that from 1874 to 1890, a total of 2128 or 2189 associations were organized to be participated in by more than ten thousand people across the nation.

Even though young men from former samurai families took the initiative in political and academic activities, when they formed an alliance to demand a national assembly, local gentlemen and farmers were also involved. In 1880, when the nation's population was approximately 36 million, the alliance submitted a petition for a national assembly signed by 130 thousand people. They also encouraged political associations in various parts of Japan to discuss a new constitution. In response, several groups even drafted their own constitution, probably reviewing various drafts and exchanging views with one another.