This year’s Nobel Peace Prize is one of great milestones for women activism.
The Worldwide Women’s Action Network (W-WAN) is pleased to post related information, provided by Betsy Kawamura who is the founder of Women for Non Violence (www.w4nv.com) in Norway, for celebrating two big events in this fall: womens’ peace prize and the launch of W-WAN’s weblog. 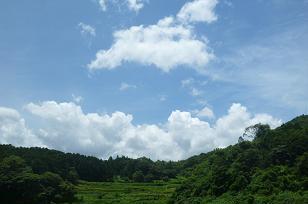 *****
Women’s Peace Prize
Saturday, December 10th the Nobel Peace Prize will be handed out in Oslo City Hall. At 5.30 p.m the same afternoon thousands of us will be gathered at Youngstorget to celebrate the laureates with appeals and cultural events before finally assembling to the traditional torchlight procession to the Grand Hotel.
This year, FOKUS Forum for Women and Development will organize the march together with the Norwegian Peace Council, which is an umbrella organization for Norwegian peace organizations.
«We hope that Norwegian women can highlight their empowerment in a joint-tribute to these three wonderful laureates who strongly symbolize women as change-agents in countries of war and conflict,» says the CEO of FOKUS, Gro Lindstad. She also states that this year’s award to Ellen Johnson Sirleaf, Leymah Gbowee and Tawakkol Karman is a great recognition of the important work being executed by women to create peace. The award sets off the importance of clarifying, implementing and strengthening United Nations Security Council Resolution 1325.
After years of struggle and persistent advocacy by the international women’s movement, the UN Security Council adopted Resolution 1325 on women, peace and security in 2000. It was the first time in UN history that the Security Council adopted a resolution where women were recognized as active agents of change and not just victims of war and conflict. The goal of Resolution 1325 is to increase women’s participation and influence in efforts to prevent, manage and resolve conflicts; to strengthen their protection and to safeguard their human rights in conflict and post-conflict situations. This resolution requires the full integration of women in peace processes through the inclusion of gender perspectives in peace-building work, before and post-conflict.
«In many cases men negotiate the peace processes and establish the basis of institutional reconstruction in areas affected by war and conflict,» says Hedda Langemyr, director of the Norwegian Peace Council. Women have a very central position in civilian reconstruction work, but this is a task that is not credited in the same way, neither by the major stake-holders nor international donors.
Langemyr claims that women must play a more central role both in diplomacy and in the structural arena of peace-building, in addition to promoting women’s civilian engagement. The Peace Prize revitalizes the hope that this is possible.
Resolution 1325 is first and foremost civil society’s profitable decree. Attitudes are formed and skills are most often developed and exchanged amongst grassroots women via their informal networks. The interaction between local women’s groups and international organizations exemplified by FOKUS is a critical contribution. The international women’s movement can draw knowledge, solidarity and resources, but the courageous women’s work at local levels is even more critical to achieve peace. Resolution 1325 has aided in establishing some global norms on women’s rights and realizing peace agreements. Furthermore, it has recognized the special needs of men and women in peace and reconciliation processes, and their different perspectives and priorities.
«There is still much work to be done in this field, but we see clear progress, » says Gro Lindstad. This year’s Peace Prize is a gratifying example of how the world’s most prestigious prize can help illuminate women’s engagement internationally. The prize has consistently proven that without the participation of women, sustainable peace is difficult to create.
This year’s laureates
All three Nobel Peace Prize winners have incorporated the spirit of UN Resolution 1325 in their work. Ellen Johnson Sirleaf was the first Head of State who actively used the resolution in rebuilding war-torn Liberia. Her administration has strengthened women’s rights in all areas, including in legislation that protects women’s dignity and clamps down on criminal activities that women are particularly vulnerable to. Johnson has also created a special unit police-force to investigate sexual violence after the civil war in her country.
Grass-roots` activist Leymah Gbowee also from Liberia, mobilized women in the struggle against war and terrorism through effective non-violent action. The result was that Charles Taylor was summoned to the negotiation table and was subsequently forced to resign. Gbowee’s history of women’s non-violent struggle and mobilization has been portrayed in the documentary film, “Pray the Devil Back to Hell”, which has had great success globally.
«This woman is a particularly good example of what non-violence, civil resistance and willingness to change lead to; and Gbowee is the candidate that most clearly fulfills the criteria that Nobel in his life-time wished to emphasize,» said Hedda Langemyr.
Yemeni Tawakkul Karman, like Gbowee has mobilized women at the grass-roots` level. She founded the human rights group, Women Journalists without Chains in 2005 in Yemen. Women have played a key role in the revolt against President Ali Abdullah Saleh and his authoritarian regime. The Nobel Prize for Karman is an inspiration, mobilizing more women to take to the streets to protest. On October 26th this year, women burned their veils in protest against the brutal regime of President Saleh.
Karman’s goal is to create a non-violent revolution by popular resistance that has emerged in Egypt. Her clear, peaceful line encourages women to walk out into the streets to protest against the violent regime’s abuses.
«We are very pleased with this year’s Peace Prize, » says Hedda Langemyr and Gro Lindstad. All three laureates have emphasized non-violent peace work, democracy, freedom of expression, and the importance of women’s participation in their communities. The Prize is also an award to civil society’s efforts and peace movements around the world. Many years have lapsed since the prize was awarded to individuals who have both represented Nobel’s will and advocated on behalf of its principals. Langemyr and Lindstad conclude that this award therefore provides hope that future prizes will be given in a closer manner to the intentions of Alfred Nobel.
*Translated by Kamila Wisz from Norwegian texts that can be found on Nye Meninger: http://www.nyemeninger.no/alle_meninger/cat1002/subcat1041/thread202524/#post_202524.
[Source: http://norgesfredsrad.no/wp-content/uploads/2011/11/Articles-translation-final-version.pdf ] 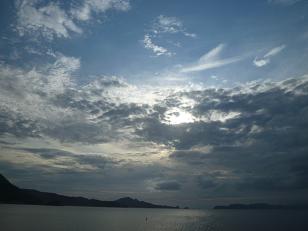