Another Story Pecoross’ Mother and Her Days, a Japanese Drama Film about Nursing Care, Depicts 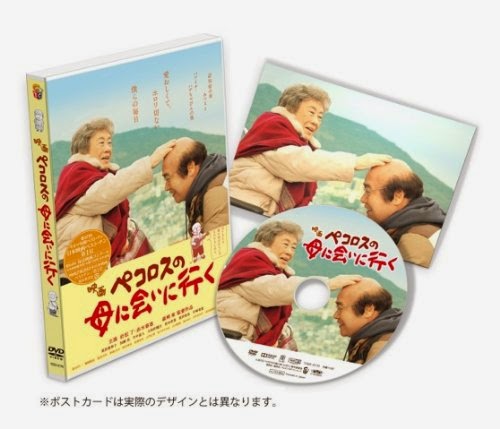 Pecoross’ Mother and Her Days DVD
Directed by Azuma Morisaki
(TC Entertainment, 2/7/2014)
Buy this DVD (jump to an Amazon page) 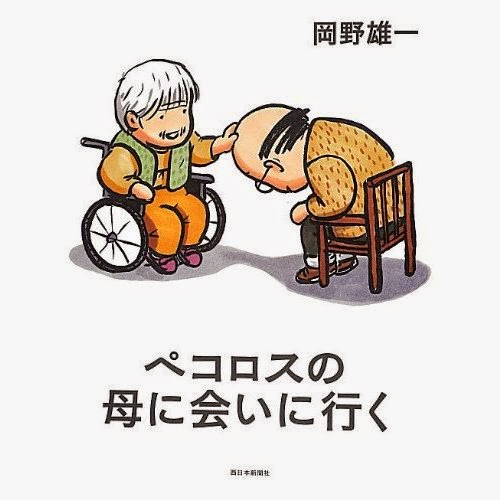 Pecoross’ Mother and Her Days Comic Book
Written by Yuichi Okano
(Nishi-Nippon Shimbunsha, 7/7/2012)
Buy this book (jump to an Amazon page)
Pecoross’ Mother and Her Days (the original Japanese title: Pecoross no Haha ni Ai ni Iku, which literally means “Pecoross Visiting His Mother”) is a well-reputed Japanese drama film directed by Azuma Morisaki, which was voted as the best Japanese film of 2013 by Kinema Junpo, one of the most prestigious movie magazines in Japan. I guess many people have watched the film in a movie theater. This film is based on a manga of the same title by Yuichi Okano, who wrote it from his own experience of caring his mother. A “pecoross” in the title means a small onion, but it is also the pen name of Okano.
The film depicts many different events happening with relation to the care of Yuichi’s demented mother Mitsue, sometimes amusingly, sometimes calmly and empathetically. Yuichi’s cynical and humorous attitude toward Mitsue and the people around her often makes you giggle, and adds a comical taste to this film with the serious theme of nursing care. I believe most of the episodes are familiar to anybody who has experiences of caring.
But despite the film’s comical interpretation, the nursing care is basically not a laughing matter at all. In those everyday exchanges among the people who are involved with Mitsue, I saw a lot of challenges and difficulties surrounding nursing care, which stirred strongly my emotions. The people in the film also experience swings of emotions, where they one moment feel the joy of living together with Mitsue, but the next hope this endless-looking situation to be finished. The film’s overall lighthearted descriptions even more made me realize the sorrows and uneasiness they are feeling time to time.
This film has another point beyond nursing care. That is the life history of Mitsue, who was born in the 12th year of the Taisho era (in 1924) and now has been losing her sense of time. And in this film, she relives her past life and the audience re-experience it, which was really moving. The beautiful descriptions of times and life which Mitsue and her family have lived also make this film brilliant. In her life, Mitsue had a friend she grew up with and lost her. And Mitsue had a husband who was alcoholic and committed violence against her.
I felt tears in my eyes as her memories of these events become more and more vivid toward the ending. I cannot forget the overwhelmed expression of Kiwako Harada, who played the young Mitsue, at the time she lost her friend. This scene embodies the injustice of life many women must have felt in the early years of the Showa era (1920s-40s), when they had no other ways to live but to obey somebody else’s will or to serve their husbands. There would also be another findings when you watch this film from Yuichi’s point of view. I totally recommend this film to everybody.
———————————————————————
Original article written by Natsuko Nakamura
Translated by A. Tawara