The Itsukaichi Kempo was drafted in 1881, eight years before the Constitution of the Great Empire of Japan, the Meiji Constitution, was promulgated, and is so named after the local village where its existence was discovered in 1968. Ever since, the draft has been highly regarded in the following aspects:

First of all, it attached importance to the rights of Japanese nationals, instead of the subjects of Japan. Following the first section about the Emperor, the second section stipulates the qualifications and the rights of the Japanese people. "The Japanese individuals should achieve their own rights and freedom, which should not be violated by others, and state laws should protect them," says article 45, advancing fundamental human rights similar to those secured by the present constitution.

This concept is attributable to the advanced thought and personal experiences of its draftsman Takusaburo Chiba. Chiba was arrested in 1873 and jailed for half a year charged for his belief in Christianity and engagement in missionary work. This experience in his early twenties must have made him highly conscious of the significance of political freedom and democracy. When the Meiji government suppressed the Liberal Party’s movements during the 1880s, Chiba was very critical of the oppressive government.

The Itsukaichi draft also used a considerable number of articles for the sections of legislative and judicial powers to describe the respective range of powers in detail. Chiba's contribution has been acknowledged by American scholars, too. They realized that Chiba's sense of democracy was not a copy of the Western prototype. They were moved by the passion with which he nurtured democratic and autonomous elements originated in Japanese grassroots movement and tried to universalize it.

What is still questionable, however, is the qualification of Japanese nationals. According to the articles about legislative power, voting rights were not extended to women: all women were equally ranked among the minors, the poor, the homeless, the disabled, and criminals. In that sense, the Itsukaichi Kempo was no more advanced than the Meiji Constitution.

It is widely believed that the Japanese women's movement for equality or liberation was not observed until the very last year of Meiji, after the turn of the century. As a matter of fact, the Meiji government initially introduced some progressive measures, removing various barriers against women and promoting education for women. In 1871, when a mission was sent to the United States, five women were included as students. One of them, Umeko Tsuda studied at an American institute during her homestay in Georgetown and after she came home she finally founded Japan's first private college for women.

The Ministry of Home Affairs even extended suffrage to women registered as the head of a household in a certain provincial election in response to a local woman's demand. This became a remarkable precedent to be followed by adjacent villages. But those dramatic changes gave rise to opposition within and without of the government. As a result, promotive measures regressed for ten years, causing rebounds on women's issues. The first women's liberation movement in Japan initiated in 1990s by Raicho Hiratsuka resisted those reactionary trends.

As for women's voting rights, they were postponed until after the end of World War II, when universal suffrage was implemented under the initiative of the occupation army. In addition, articles for women's legal rights pertaining to marriage, divorce, property and inheritance were drafted by a young American woman, Beate Sirota Gordon, who worked on General Douglas MacArthur's committee as a multilingual civilian.

Those were the facts that we learned since she began to speak of her work which had been kept secret for decades. She actually stood against the repeated attacks by Japanese conservatives who were eager to revise the constitution "imposed by America."

But again we should not forget questioning what we learned and accepted. As was suggested in Kano Mikiyo's review of "Feminism in the Outback [Kegai]: Women [Onago] in a Book Club in Iwate" written by Yanagiwara Megumi Tokyo-centered major studies might have overlooked multilayered realities of rural areas. There must have been memories of struggles and practices still remaining in people's mind, in local archives or in the mini-communication library at WAN, waiting to be discovered by those who question authenticated official history. There could be women who advocated for legal, if not constitutional, protections for women based on their own practices in everyday life.

The feature story reminds the readers that this year marks the 50th anniversary of the discovery of the Itsukaichi Kempo and that it has been rediscovered by Irokawa and Arai in their efforts to explore alternative narratives from the viewpoint of grass root people as opposed to the flowery words in official celebration of the two anniversaries. 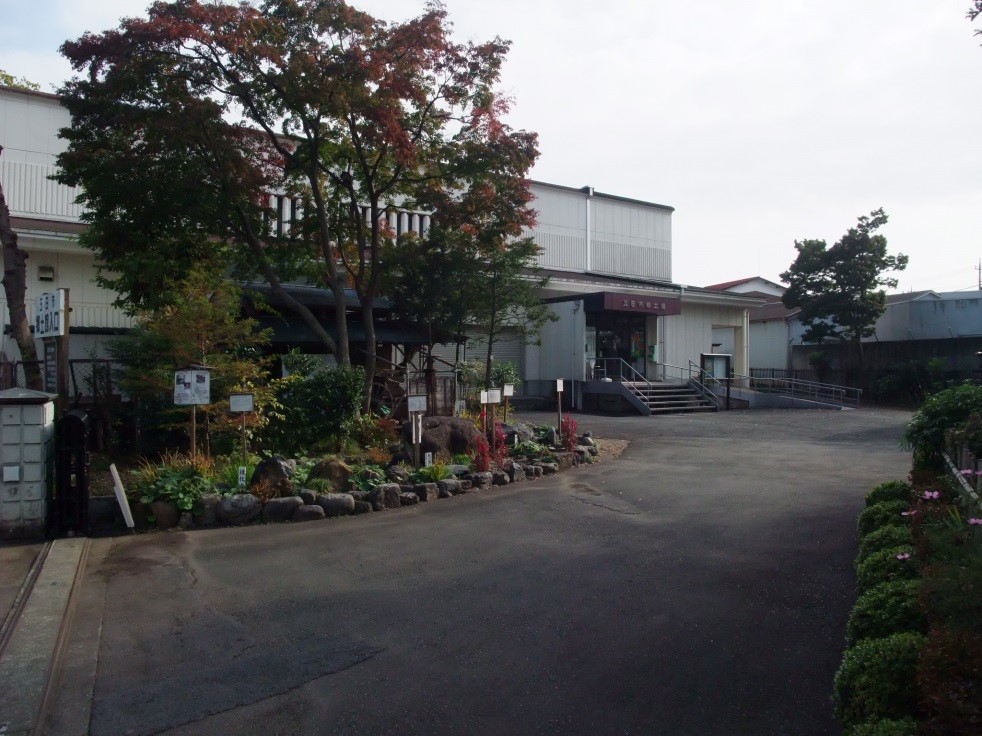 Itsukaichi Local History Museum where information and materials of the draft constitution are exhibited (from HP of Akiruno City, Tokyo)