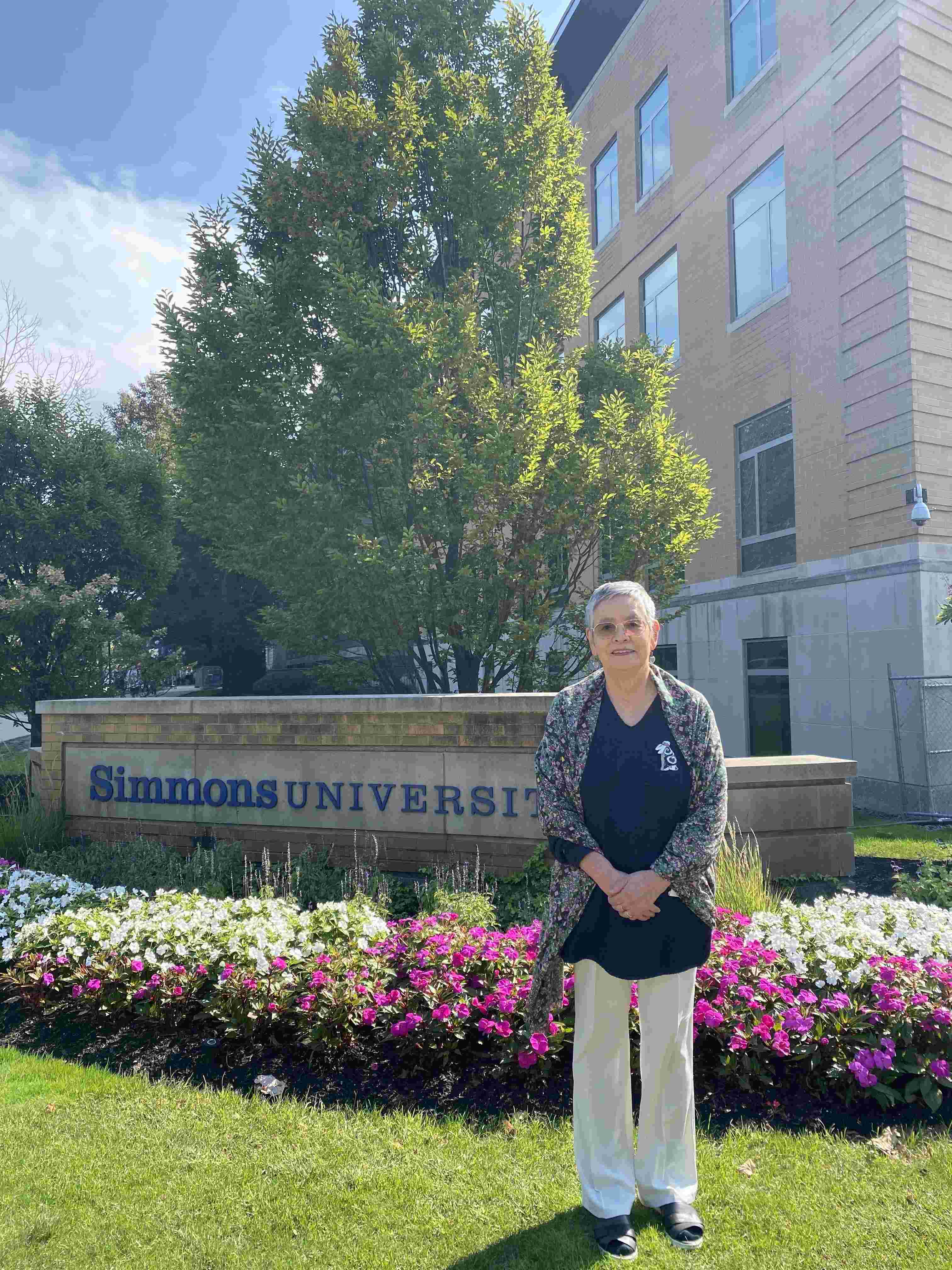 My name is Kiyomi Kawano. I will be reporting on my life in Boston about once a month from now on.
Let me start with my first experience at Narita Airport when I left Japan. Due to my sloppiness, I missed the flight I was supposed to take and had to spend the night at a hotel nearby. Time comes when the plane departing in the evening, I almost cried, "I was supposed to be on it.” I had to change my flight (the travel agency was in Canada), call the person who was to meet me in Boston to tell her not to come to the airport, but on the next day, asked her to come pick me up, and what not...and after a lot of fussing due to the time difference, I finally arrived in Boston at the end of August. It's been two and a half months now.

Perhaps because of global warming, the leaves, which used to turn red beautifully about 40 years ago, have turned brown and fallen, except for a few. Waterfowls, which I can’t tell if they are ducks or geese, are chomping on something in the muddy water and popping up on the road, making me worry about being hit by a car. I don't see as many squirrels as I once did. I wonder if they are ready for winter. Autumn is deepening in Boston.  I am in fact an old woman of 82, and lo and behold, an old woman as I am going to be a student at a graduate school in Boston, a city famous for its history and tranquility. It's called Simmons University.

"How dare you with your age!” That’s what people always say. My teaching career at the university in Japan was over, and of course I had no new job, and even if I did, I would not have been motivated. While I was pondering what to do, I suddenly felt the desire to go abroad (probably because I felt trapped in my house due to COVID). I have had enough of sightseeing trips, though. So, I decided that if I wanted to stay abroad, I would have to be a student.

Boston is an academic city with many famous universities and hospitals, including Harvard University and Massachusetts Institute of Technology, where students and researchers from all over the world gather.
The Charles River, where John F. Kennedy is said to have rowed a boat, separates Boston from Cambridge, and the city is rich in nature, with green spaces and ponds of all sizes.

Simmons University is where I studied once in my late 20s and early 30s（I mentioned earlier about the autumn leaves I saw 40 or 50 years ago, which was at this time）. Now that I revisit here and live as a graduate student, I find that although the degree is completely different from the first time, the education is still excellent and strict. Are we talking about education right off the bat? Yes. I can't leave out the reason why I'm here and why I'm bringing this newsletter to you.

So, let's visit Simmons University for a moment.
Along with Beth Israel, a vast hospital and research institute, and Emmanuel College, a women's college with an equally long history, Simmons occupies a corner of the area. It's a disappointment that the entire building is under construction and has been dug up here and there, making it look unattractive compared to its neighbor Emmanuel, with its lush green lawn and blooming flowers.

Founded in 1899, the intention of the male founder of the school to allow women to demonstrate their vitality and abilities is still alive, and a woman has served as presidents since 1993.

That’s about it for now. This is how I would like to report on my student life in Boston, the changing of the seasons, and the activities of women. Please look forward to my next report. 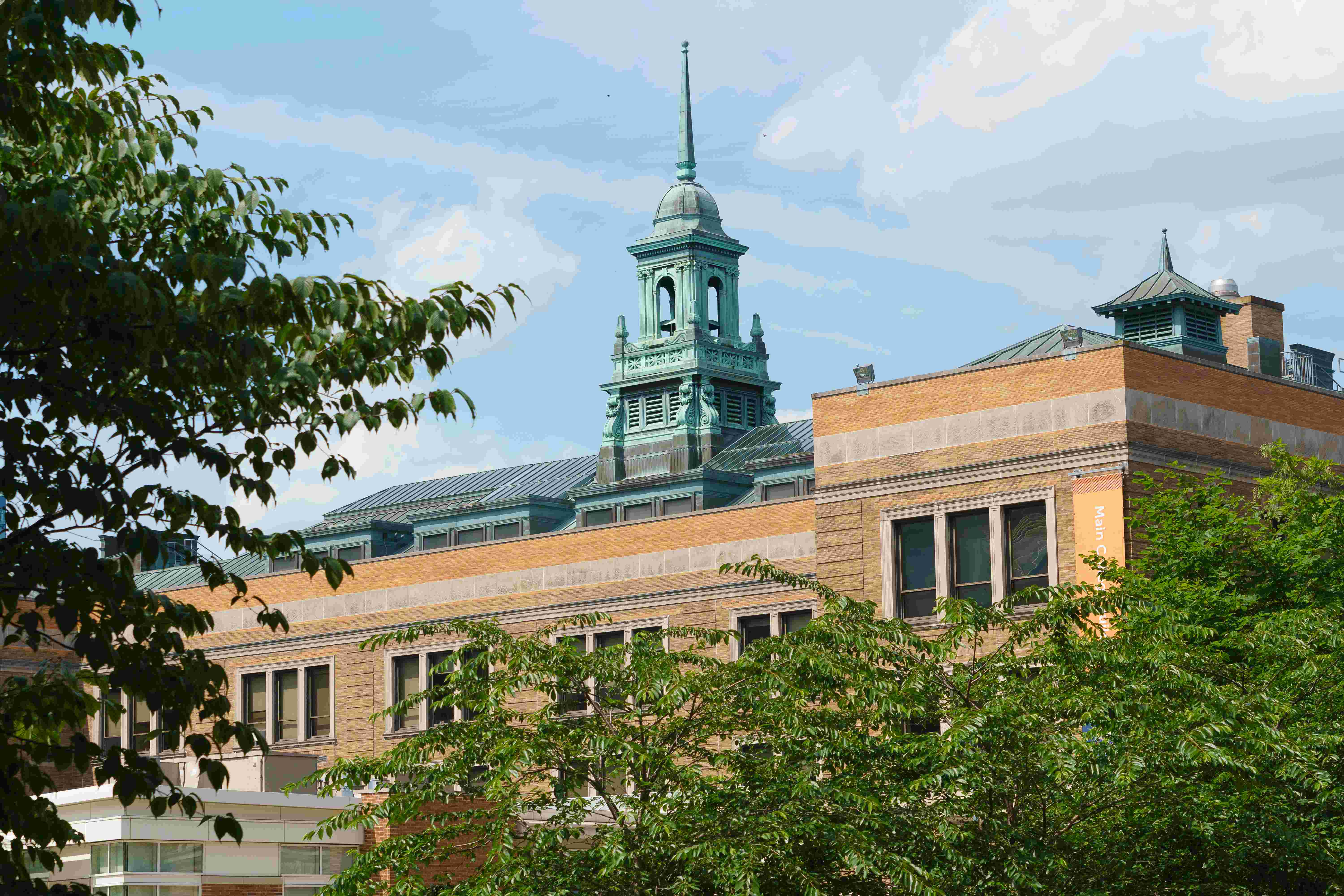 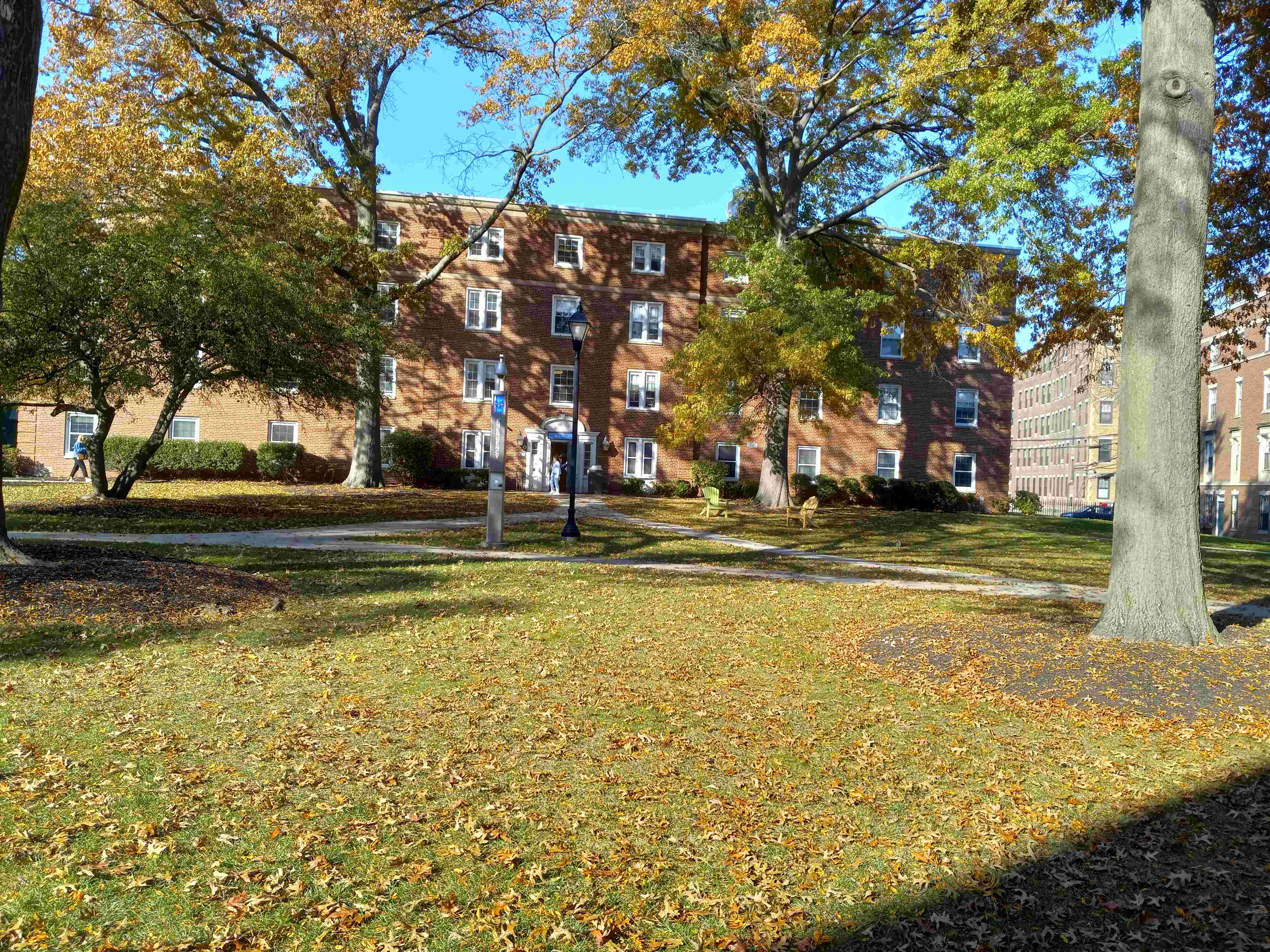 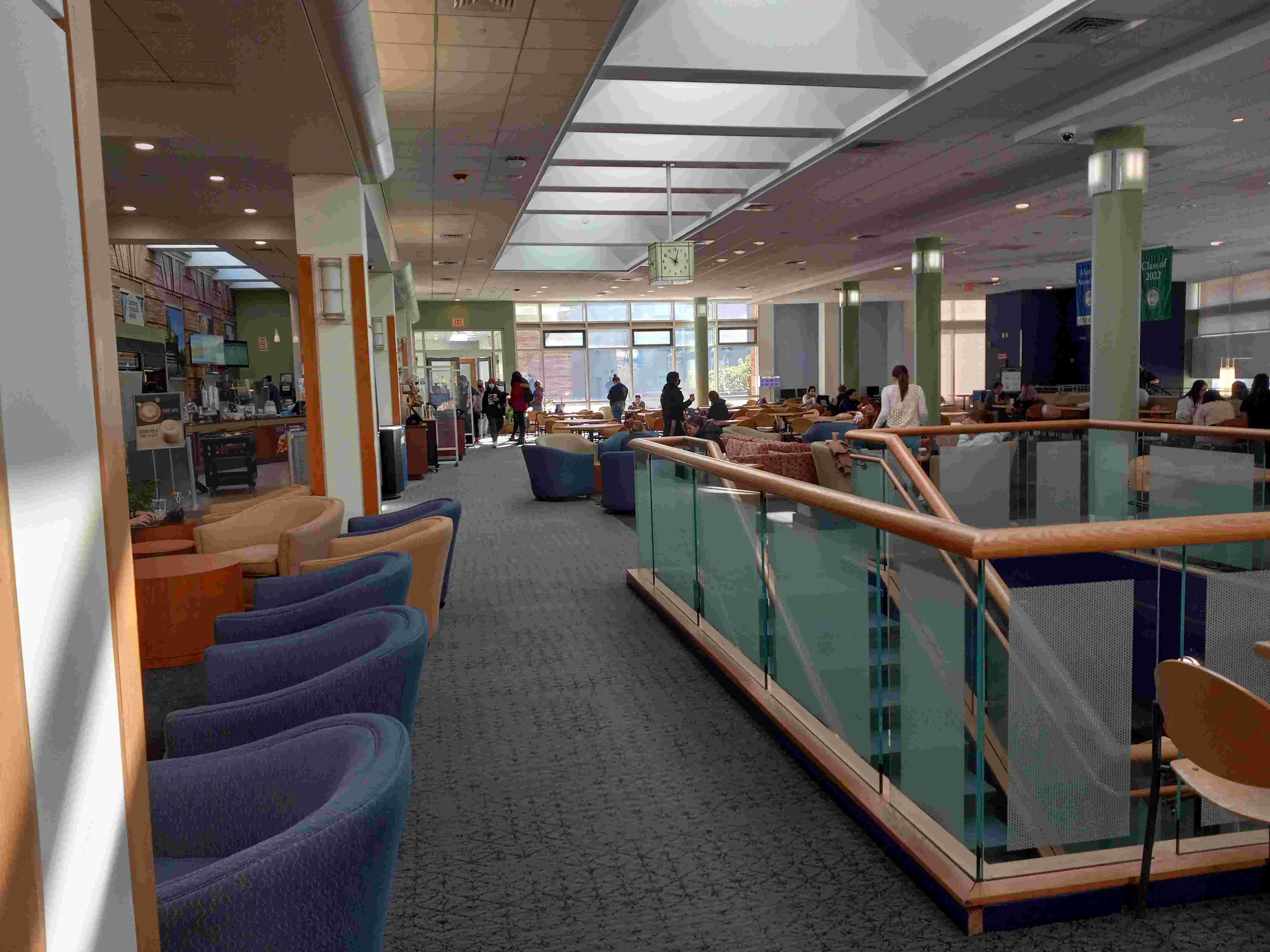 A cafe in the campus 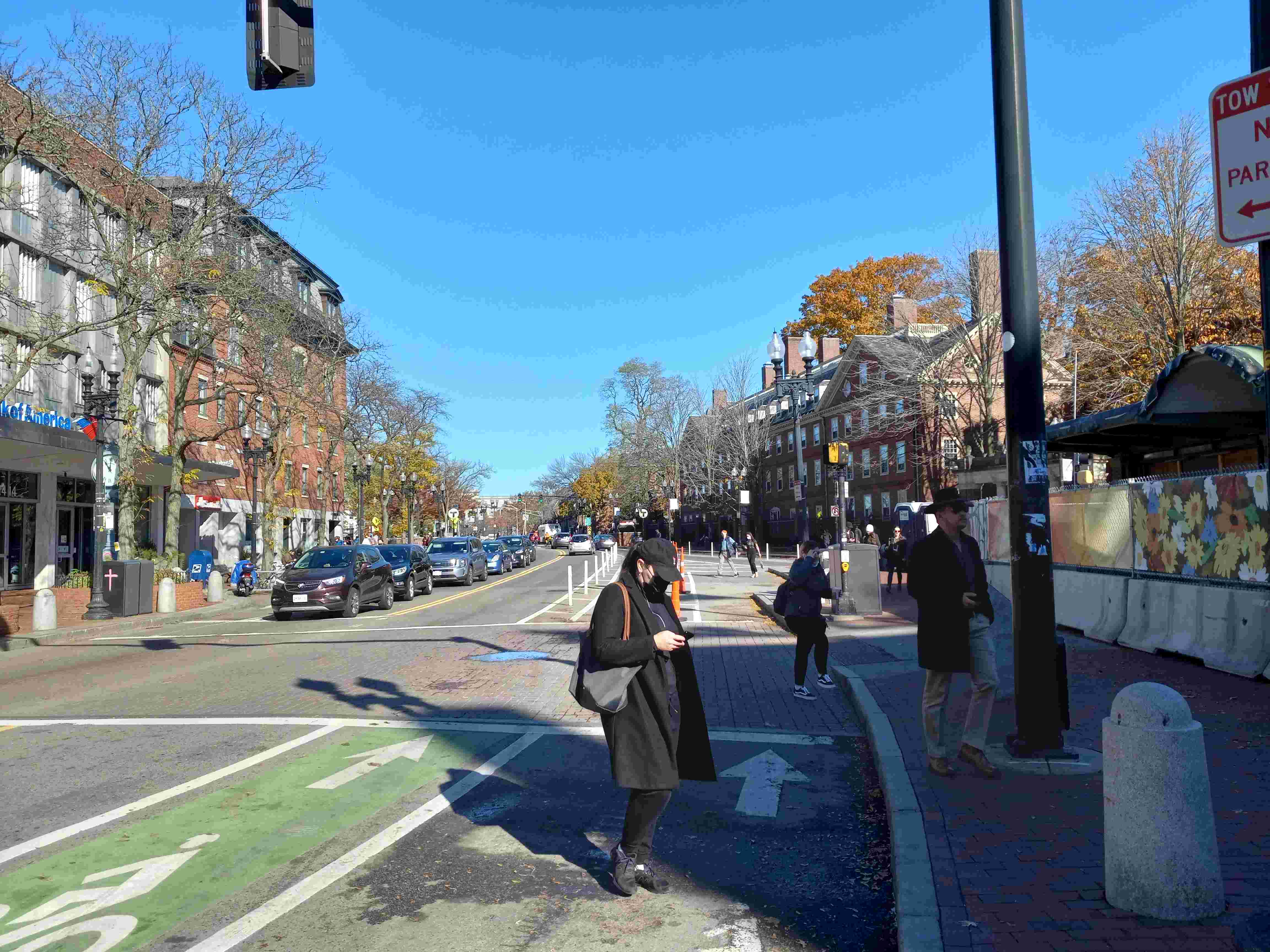