TAKEMURA Kazuko passed away in December 2011 at the age of 57 after a one-year battle with a serious illness. 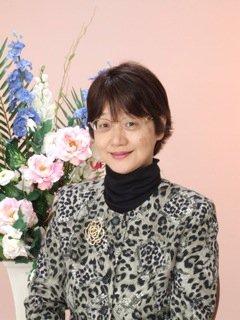 She was known as a feminist who introduced Judith Butler and Spivak to Japan as well as for her inspiring thoughts and writings, as represented by such works as About Love and “Post” Feminism. Her lectures were also impressive and unforgettable. In the area of Japanese academic research on gender and feminism it would be hard to find anyone who has not been influenced in some way by her powerful works. Of course, I am also one of those who have been influenced. I was privileged to have received a personal invitation to have dinner at her home together with Butler during her stay in Japan, and I appreciate both the opportunity and her consideration. It is regrettable that I had to say good bye to her so soon.

However Ms. Takemura continues after her death to contribute to research on feminism and gender. Thanks to the efforts made by Ochanomizu University and the administrators of her will, The Takemura Fund for Feminist Research for Gender Equality and Justice has been established.
According to the website of the Fund, its objective is to offer grants for studies in feminism/gender and research contributing to activities for empowerment and support for women to realize gender equality and justice as soon as possible. Furthermore, based on Ms. Takemura’s own philosophy, the Fund places priority on people and activities that would otherwise have no chance to apply for research funding as are not attached to a university.
I sincerely hope that her wish be linked with many people to bear fruitful results and express my farewell and thanks to Ms.TAKEMURA.
For more details about The Takemura Fund for Feminist Research for Gender Equality and Justice, visit the site below:
http://www.takemura-fund.org/
The deadline for applying for this year’s grant is June 18.