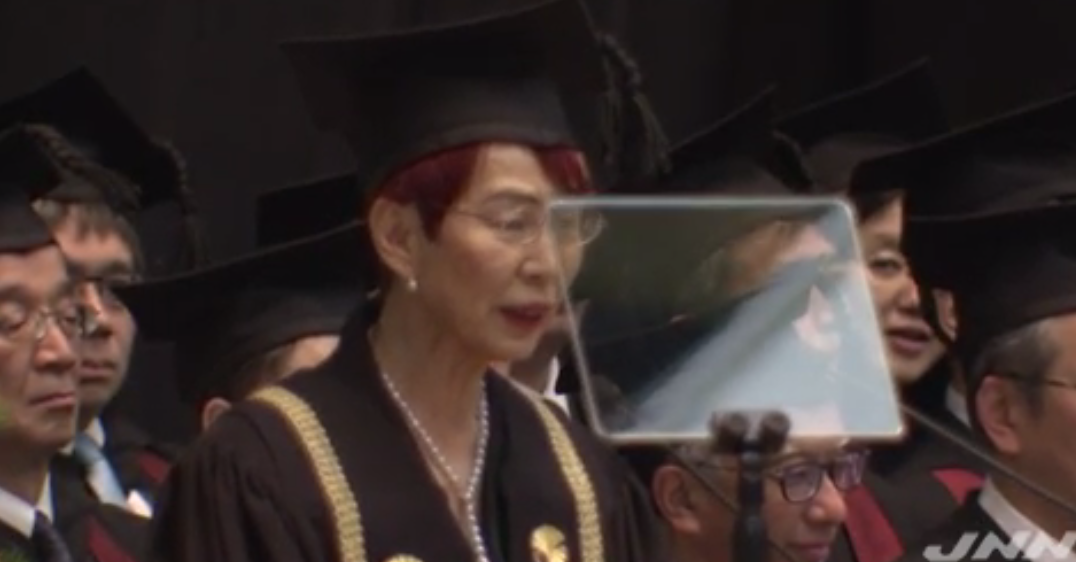 
Congratulations on your entrance to the University of Tokyo. You are here because you won a fierce competition of entrance examinations.

The current reality of female students

In fact, various statistical data indicates female applicants have higher standard scores than male applicants. Firstly, female applicants tend to decide on the universities they will apply to early in advance to avoid doing ronin. Secondly, female students’ ratio of entering the University of Tokyo has remained below 20%. Female students’ ratio in 2019 is 18.1% which is fewer than last year. Since the normal distribution of standard scores, statistically, show no differences between men and women, female applicants who apply to the University of Tokyo are brighter than male applicants. Thirdly, there is a gender gap in the university entrance rates. The 2016 school basic survey shows men’s rate is 55.6% and women’s rate is 48.2%, which is 7 points lower than men’s. This is not a difference in exam scores. This 7 points difference is because of parents’ gender discrimination in educational investment, thinking “sons should go to university, and daughters should go to junior colleges.”

Recently, Nobel Peace Prize winner, Malala Yousafzai, visited Japan and spoke about the importance of girls’ education. Is it important for Pakistan and not for Japan? In Women’s Studies, the degradation of girls’ aspirations, by saying things like “after all, you are a girl” or “girls won’t succeed no matter what” is known as the cooling down effect. Malala’s father was asked, “How did you raise your daughter?” He answered, “I tried not to break her wings.” Indeed, every child is given wings, and yet many girls have experienced having theirs broken.

There was a case that a group of five male students in the Department of Engineering and a graduate school of the University of Tokyo sexually abused female students from private universities. Three of the perpetrators were expelled from the university, and two male students were suspended from the university. Based on this case, a writer called Kaoruko Himeno wrote a novel titled Because she is stupid [Kanojyo wa atama ga waruikara], and a symposium was held on campus about the theme of the book in 2018. “Because she is stupid” is an actual phrase used by one of the perpetrators during the investigation. When you read this novel, you will understand how male students of the University of Tokyo are looked upon by others in society.

Schools that you belong to are supposedly egalitarian communities. There are no gender differences in standard score competition. However, hidden gender discrimination already begins before you enter university. When you go out into the real world, more outright gender discrimination awaits you. Unfortunately, the University of Tokyo is no exception.

At the University of Tokyo, female students are approximately 20% of undergraduates, 25% in master’s programs, and 30.7% in doctoral programs. When they step into academia, among scholars, women are 18.2% among assistant professors, 11.6% among associate professors, and only 7.8% among professors. This percentage is lower than those of women politicians in Parliament. Women deans are one out of fifteen, and there has been no woman president to this date.

As a pioneer in Women’s Studies

The academic field of studying gender relations such as mentioned previously emerged about 40 years ago. It was called Women’s Studies. The field was later incorporated into a newly formed Gender Studies. When I was a university student, the academic field called Women’s Studies didn’t exist. Since it didn’t exist, we created it. The field of Women’s Studies was born outside academia, and it is now included as an academic field. When I joined the faculty of the University of Tokyo a quarter century ago, I was the third woman faculty member to be hired in the Faculty of Letters. Then, I started teaching Women’s Studies. Once we started women's studies, the world was full of enigmas. Why are men supposed to work outside and why are women supposed to do housework? What is and does “a housewife” do? What material did women use in the past when sanitary napkins and tampons had not yet been produced? Did LGBTQ people exist in the history of Japan? Since nobody had researched these topics, there was hardly any existing literature in academic fields. Therefore, whatever subject you researched, you were able to become a pioneer and an expert in the field. Nowadays, you can obtain a degree from the University of Tokyo based on research on housewives, or girls’ comics, or sexuality. That is because we cultivated these new academic fields, and struggled to develop them. What kept motivating me was my insatiable inquiring mind and my anger against social injustice.

Venture can be initiated in academia. Some academic fields decay, while some areas newly emerge. In that sense, initiating Women’s Studies was a venture. In addition to Women’s Studies, new academic fields emerged such as Environmental Studies, Information Studies, and Disability Studies. Changing times demanded such research activities.

A University that is open to change and diversity

Let me remind you that the University of Tokyo is an institution that is open to change and diversity. The proof is that the University hired a person like me and invited me to give a speech on this stage. The University of Tokyo is the second national university that hired faculty members such as Zainichi Korean (a second-generation Korean resident living in Japan), Kang Sang-jung, and a world-renowned architect with only a high school diploma, Tadao Ando, or a person with multiple disabilities, Satoshi Fukushima.

You came here selected by entrance examinations. It is said that five million yen is allocated annually from the national budget to one University of Tokyo student. A wonderful educational environment awaits you for the next four years. I guarantee the richness of the environment because I once taught here.

You all studied very hard up to this point, expecting that such hard work to be rewarded. However, as I mentioned about unfair medical school entrance examination at the beginning, an unjust society awaits, where hard work won’t always be rewarded. And what you thought was a reward for your hard work was not the result of your own efforts only but was due to the favorable environment you had. The reason why you think your hard work is being rewarded is that people around you have encouraged you, supported you, have given you a helping hand, and recognized and admired what you have accomplished. In this world, there are people who are not rewarded even if they try very hard, or those who are unable to make efforts, or those who would destroy their health and mind by working too hard. Also, there are people whose drive is dampened even before they try because of negative comments or thoughts like “You won’t succeed no matter what!” or “After all, nobody believes in me.”

I hope you won’t focus your efforts only to win the game for yourself. I hope you will use your gifted talents and favorable environment to help those who are less fortunate, and do not denigrate them. And I hope you live your life by accepting who you are even with your weaknesses and by helping and supporting each other. Women’s Studies was born out of a women’s movement called feminism. Feminist thought does not insist that women should behave like men or the weak should become the powerful. Rather, feminism asks that the weak be treated with dignity as they are.

The value of learning at the University of Tokyo

The world that awaits you is one where existing theories do not apply. It is a world that is unknown and unpredictable. Until now, you sought knowledge that was tested with correct answers. From now on, you are entering a world filled with questions that have no correct answers. We need diversity within the university because new values emerge through interactions among different cultures and systems. You don’t have to limit yourself within the boundaries of this university. The University of Tokyo has agreements with many universities abroad and provides opportunities to participate in local projects. Seek the unknown, and go out into a different world. Don’t fear different cultures. You can survive wherever people live. I would like you to acquire skills and knowledge to be able to survive wherever you are; whether that be a world where the reputation of the University of Tokyo has no meaning or a world where you are lowered to the status of a refugee. I believe that the value of learning at university is not to acquire existing knowledge but to acquire knowledge to produce new knowledge that is yet unknown. Knowledge to create new knowledge is called meta-knowledge. The mission of this university is to help you acquire such meta-knowledge.

Welcome to the University of Tokyo.