Toward WAN Symposium 2017 - Society Begins with You

This year's symposium of the Women's Action Network (WAN) is scheduled to be held on Saturday, May 20 in Sapporo, Hokkaido, Japan, under the theme of "Society Begins with You: Push Your Boundaries."
TANAKA Yuko, President of Hosei University will give the keynote speech, calling for action to change our society now. Various social actions and movements will be shared in the following presentations and panel discussions. The speakers include an activist of an NPO for organizing communities, a public relations specialist at a web-based social action network, an executive member of a student union, and a professor of science of learning.
https://wan.or.jp/article/show/7062 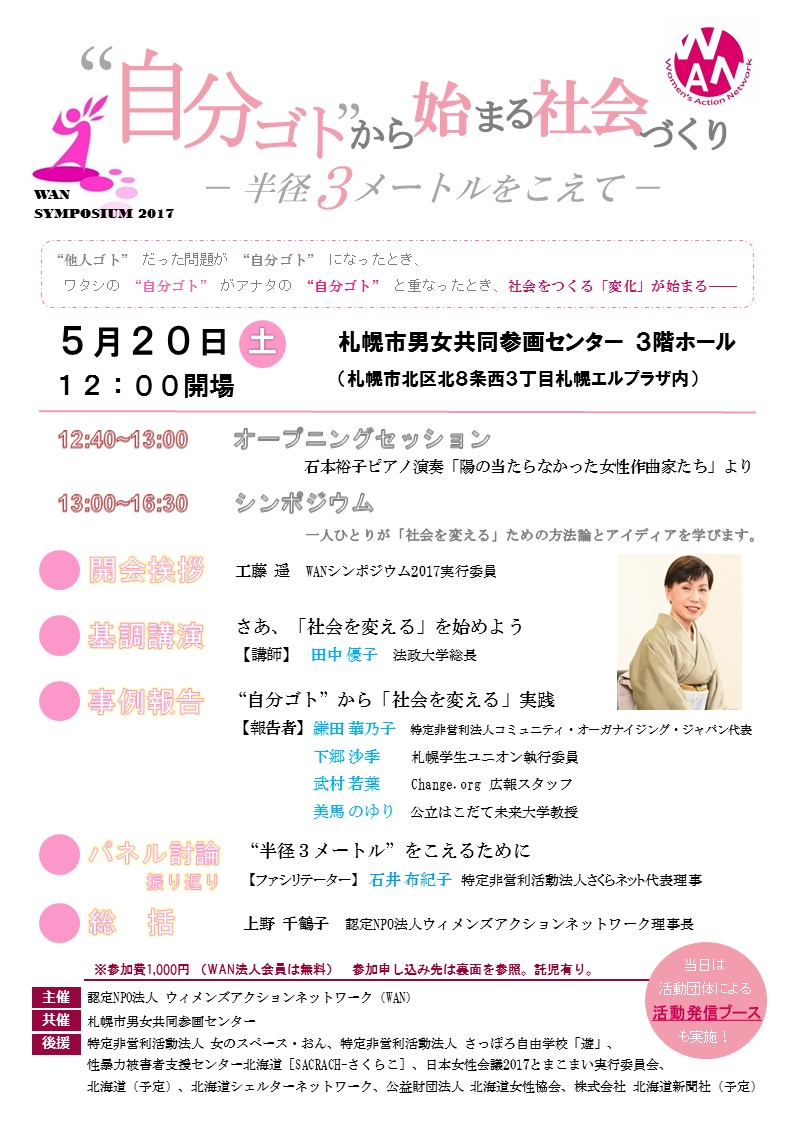 Leading up to this annual event, a series of articles about personal experiences and views of social movements are appearing on WAN's website. Here is a summary translation of some of them:

He has been constantly active throughout these movements, collaborating with his friends and local citizens who have a common interest in changing the existing environment to create desirable housing and living arrangements. As a result of these efforts, he felt a sense of accomplishment and fulfillment which nothing else could offer. And this has motivated him to move on to another project for retirees to create a second home and circle they can belong to.
https://wan.or.jp/article/show/7151


Another executive committee member, KUDO Haruka, was not all that active in social movements. As a young sociology student, she would feel that words like social movements and feminism sounded obsolete and wanted nothing to do with them until 2015.
In March, 2015, she had a chance to attend the 59th session of the Commission on the Status of Women（CSW59） in New York as an internship student. There she encountered feminists coming from various parts of the world. They passionately talked about women's rights and their own activities, sometimes infuriated and sometimes crying and laughing. What left a remarkable impression on her was the diversity of the participants, including teenage girls presenting their own issues, men of her age calling themselves "feminists" and advocating for gender equality, as well as such a variety of people in terms of nationality and ages marching all together to welcome the CSW. 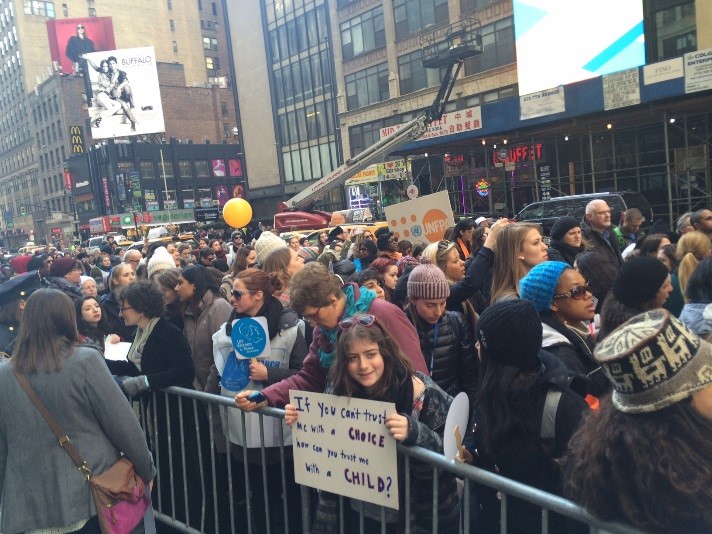 Demonstration in New York City in 2015

The next year, she decided to take part in the executive committee for the WAN Symposium 2017 to draw on her experience in New York. For her, the current activities to gather people, organize meetings, and appeal toward the common goal of promoting practices for a social change would be the first social movement she has ever experienced. She is now so interested and active in social movements that she would like to develop better forms of movements which Japanese young people might find more friendly and easier to participate in.
https://wan.or.jp/article/show/7163

Written by FUKUOKA A. A.